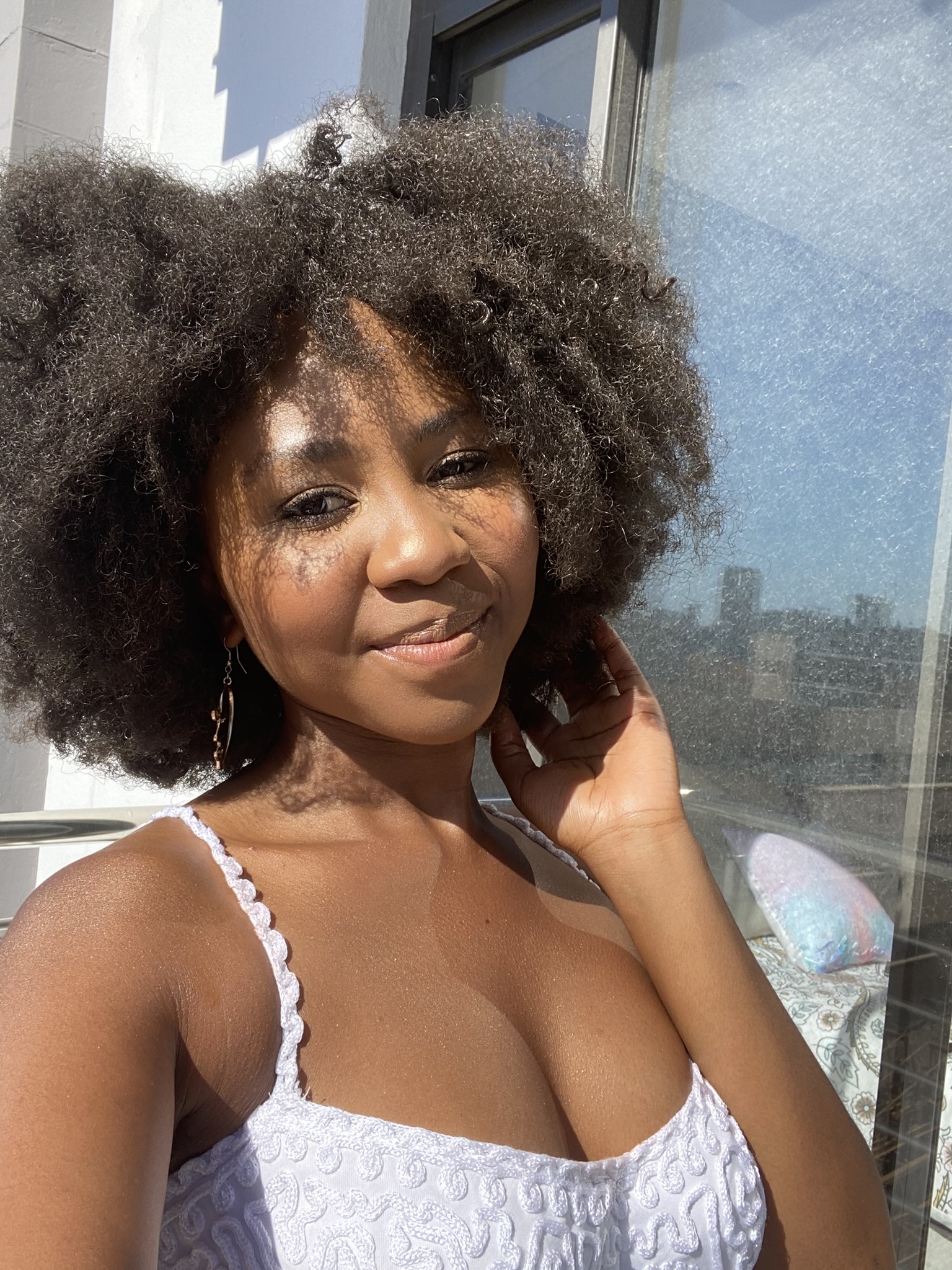 Phenyo Melody Madiba, better known as ‘Mel Madiba’, was born in October 1993 in Mafikeng and grew
up in Pretoria. She lives and works between Pretoria and Johannesburg. She studied Interior Design at The
Design School of Southern Africa. It was there she discovered pyrography, the art of drawing on wood, leather, or other materials using a soldering iron. Madiba taps into the inner workings of her mind to conceive work that is rooted in femininity, consciousness, and the full expression of identity.

Her chosen subject matter is predominantly black women at different stages of their growth. She envisions a world where black beauty can be fully expressed and appreciated without the need for it to be substantiated. The artist uses expressive markings by fire, gold, and African bronze blue to illustrate that black women are naturally divine. She has been influenced by artists like Zanele Muholi, Lina Iris Viktor, Christian Scott, aTunde Adjuah and Donald Nxumalo.

Her career officially launched in 2019 after being dubbed a Design Indaba Emerging Creative,
appearing on the TV show Hashtags Africa, and winning the Blessing Ngobeni Art Prize. 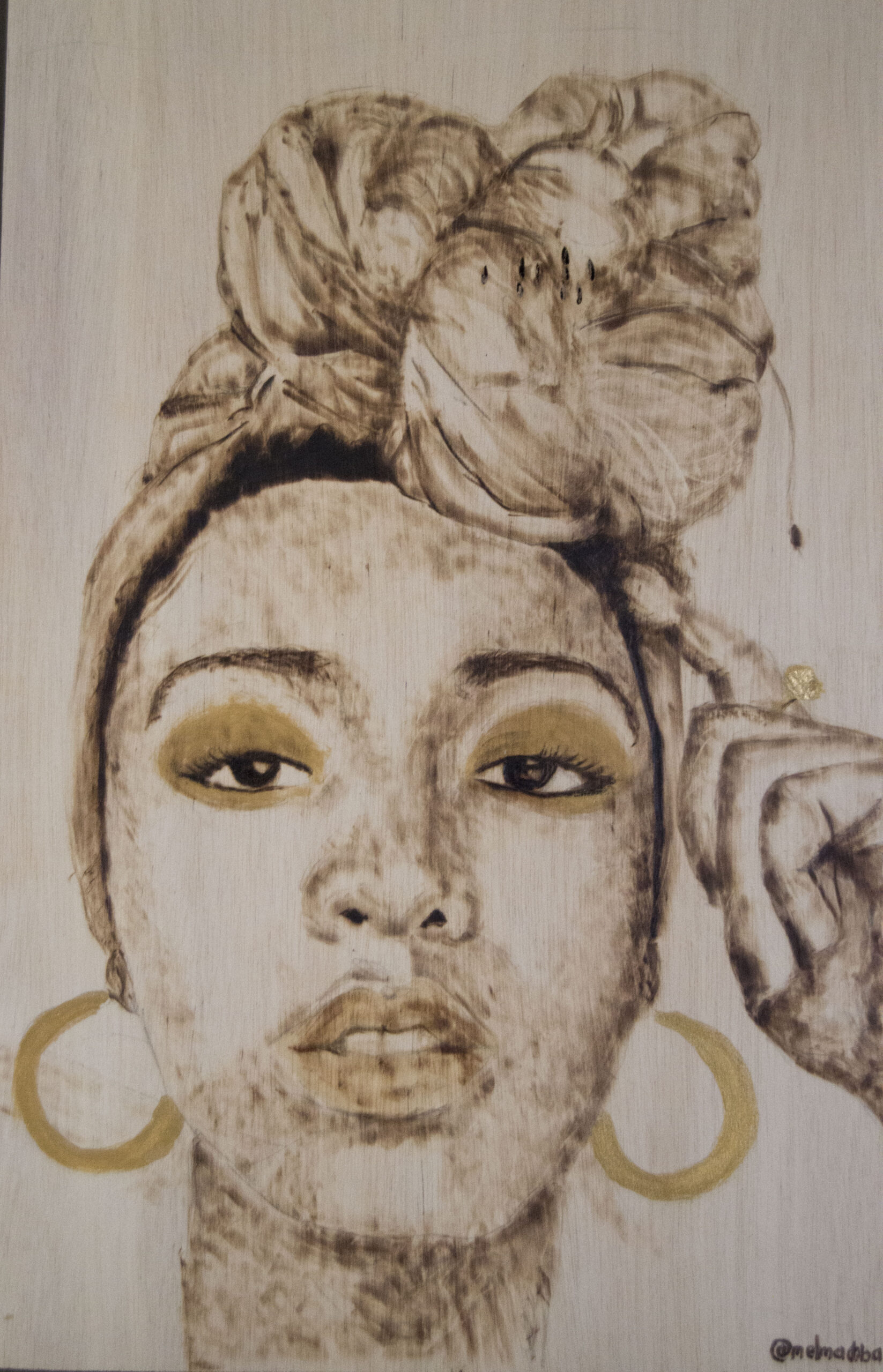 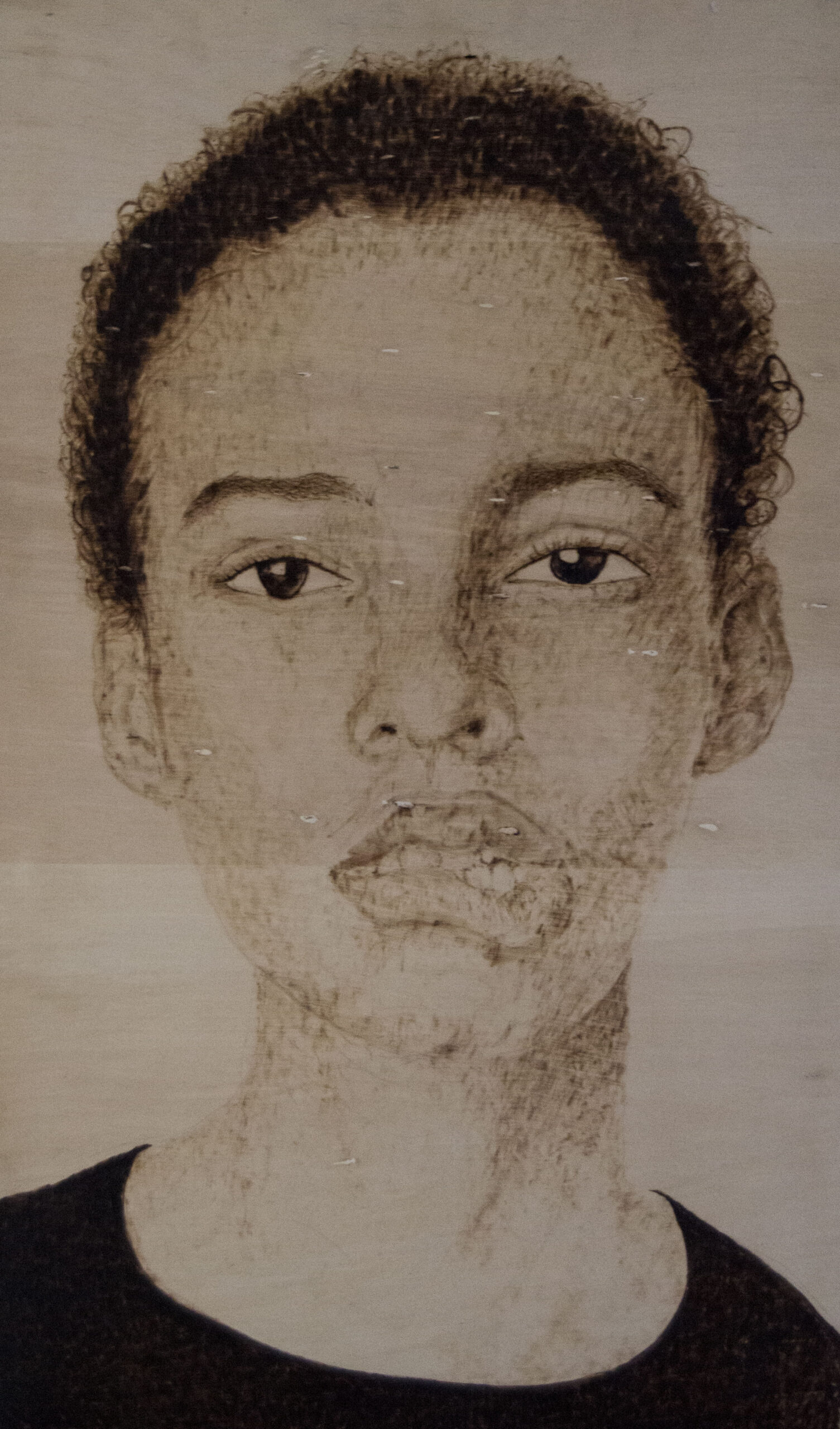 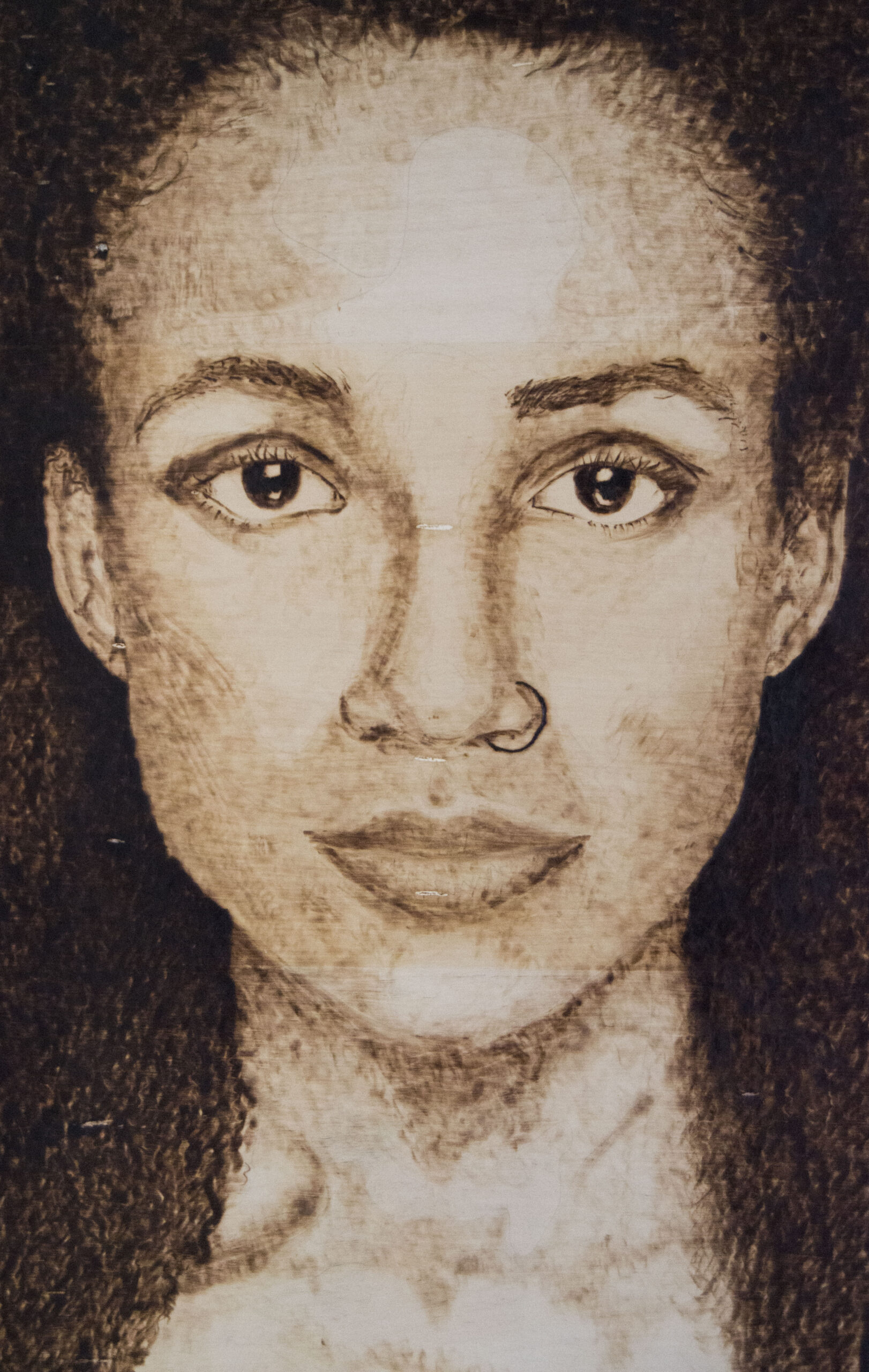 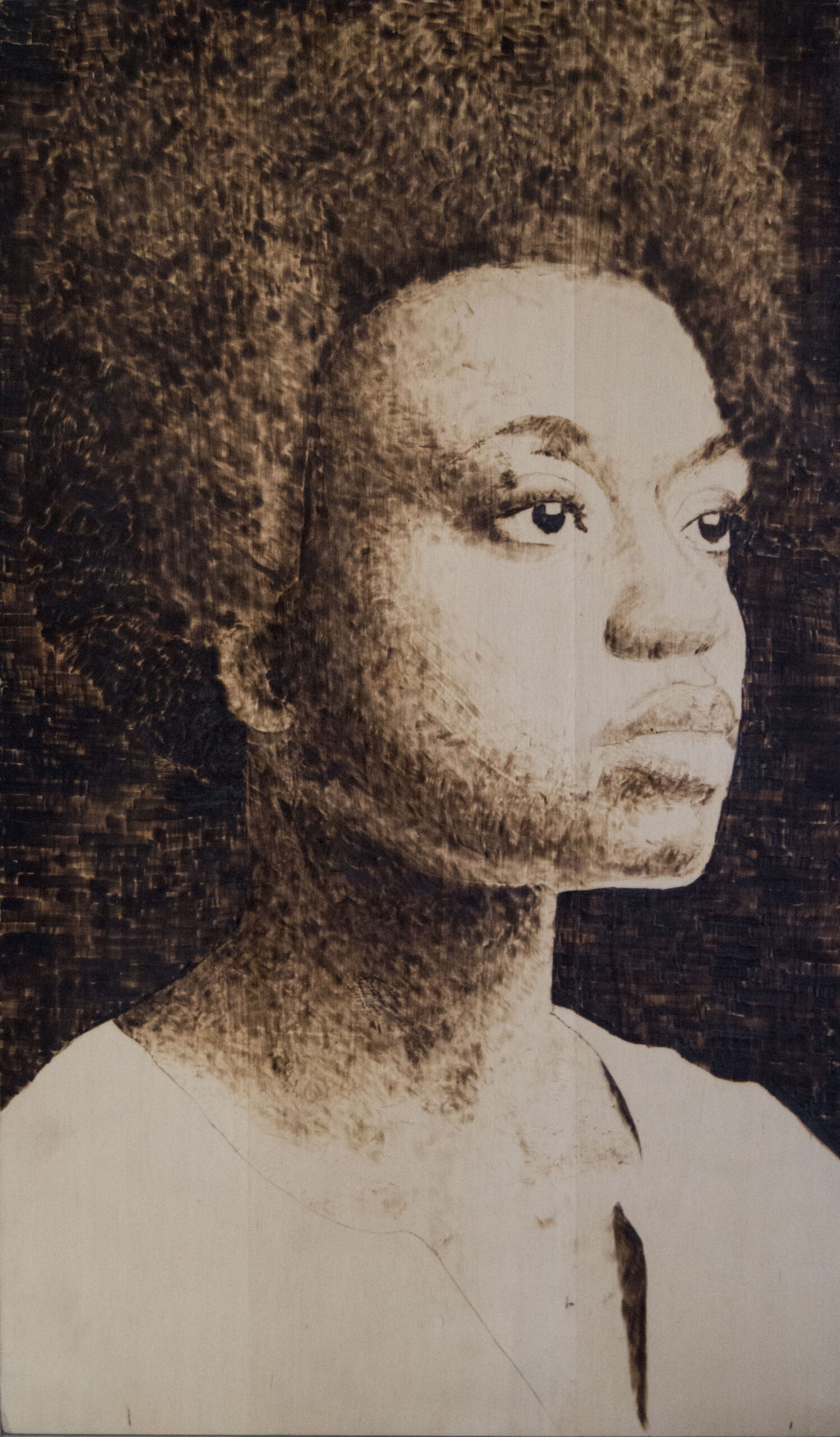 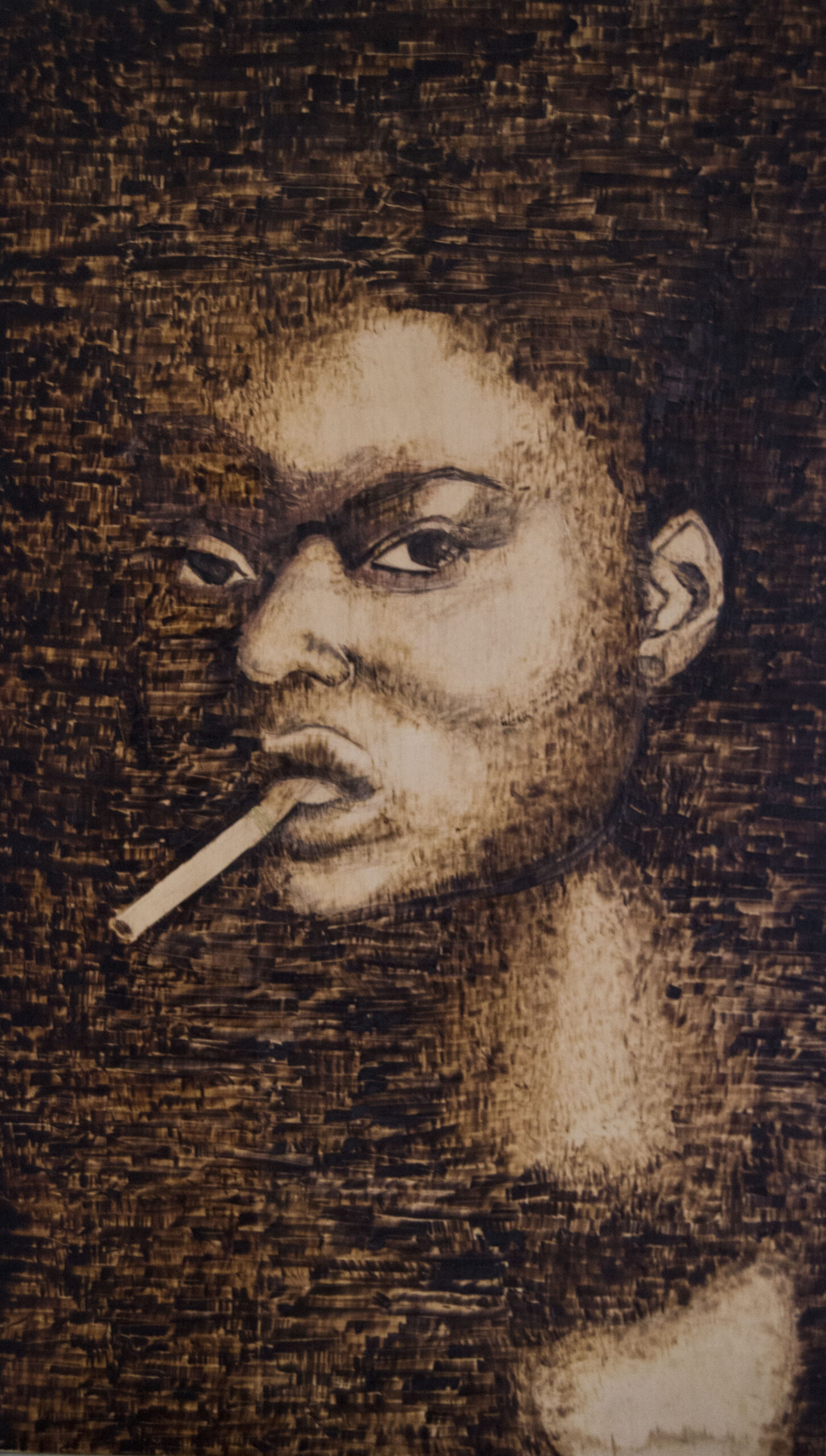